#3 reasons to get your static sited before winter

The seasons are advancing! In the world of off-site static caravans this means we’re running out of days which will bring optimum conditions for getting your static caravan on private land, before the worst of the weather sets in for the winter.

But we don’t mean ‘optimum’ for us – we’re happy to go the extra mile for our customers whatever the weather – but it’s the weather that’s starting to dictate siting conditions. Overall, there are (at least) three very good reasons why it’s better to get your static transported and sited before winter …

For many of our customers who want to put a static caravan on private land, part of the transportation to the site includes ‘off roading’ onto land rather than roadways. In some incidences this can be just across a short space, such as the length of a garden. If that’s the case, we can usually use a lighter vehicle such as a 4×4 to manoeuvre and push a static across soft ground and into position.

But often, the transport and siting services we are asked to provide involves rural and even agricultural locations, which means gaining access to the site along lanes and even a cross a field (or two). In these cases, getting the caravan to its site can be a problem once the weather turns and ground becomes sodden. This is because of the overall weight involved.

Let’s look at some of the average numbers …

The ground underneath such enormous weight has to be sufficiently dry and hard to be able to bear these combined loads, otherwise there are problems.

Already this Autumn 2019 the UK has experienced some extreme rain and flash floods, which means that ground which may have otherwise been OK for taking the weight of a heavy vehicle are fast becoming too wet for weight – with rural lanes already churned up by vehicles, and fields waterlogged and impassable for heavy vehicles. Even if the vehicle can get onto the field or location, it can’t always get back out again, as reported recently in Somerset.

Not sure how conditions are shaping up at your potential site? Take the risk out of it by asking us for a site survey! 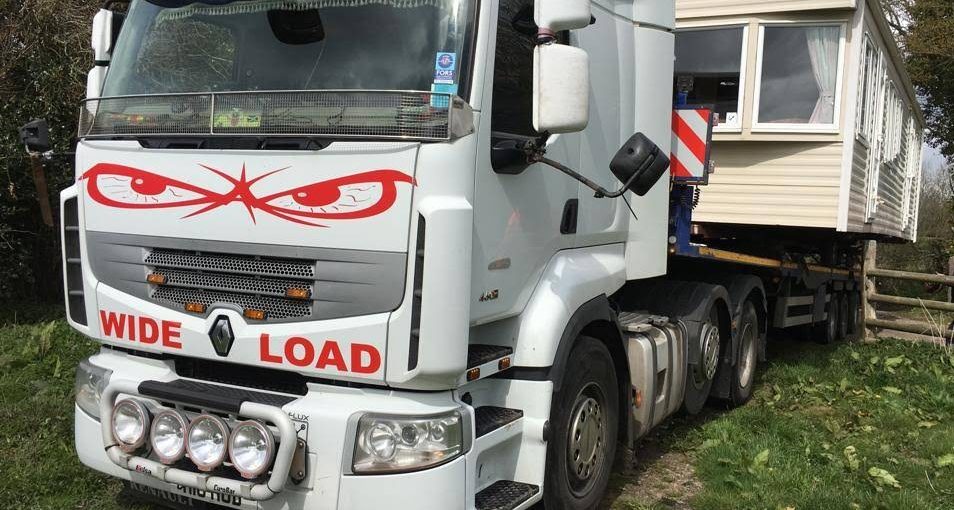 All our processes and services are set up to minimise risk and disappointment for our customers. We organise our transportation and delivery of our heavy, abnormal loads in compliance with the Highways Dept and the Police. This means applying for a Movement Order which directs us to a specific route and time-frame for delivery. Although having a movement order is of great benefit to everyone it does mean that, even if your static caravan is being delivered to a hard ground area, it may be subject to seasonal delivery and problems:

#3 Hard ground vs siting for services

It’s not just wet weather that can cause siting problems. A period of cold weather could mean that lthough we may be able to get the static transported and sited for you (subject to ice weather warnings, if its that cold) but you may experience your own difficulties with connecting up services such as gas and plumbing if the ground is too hard for working for connection. 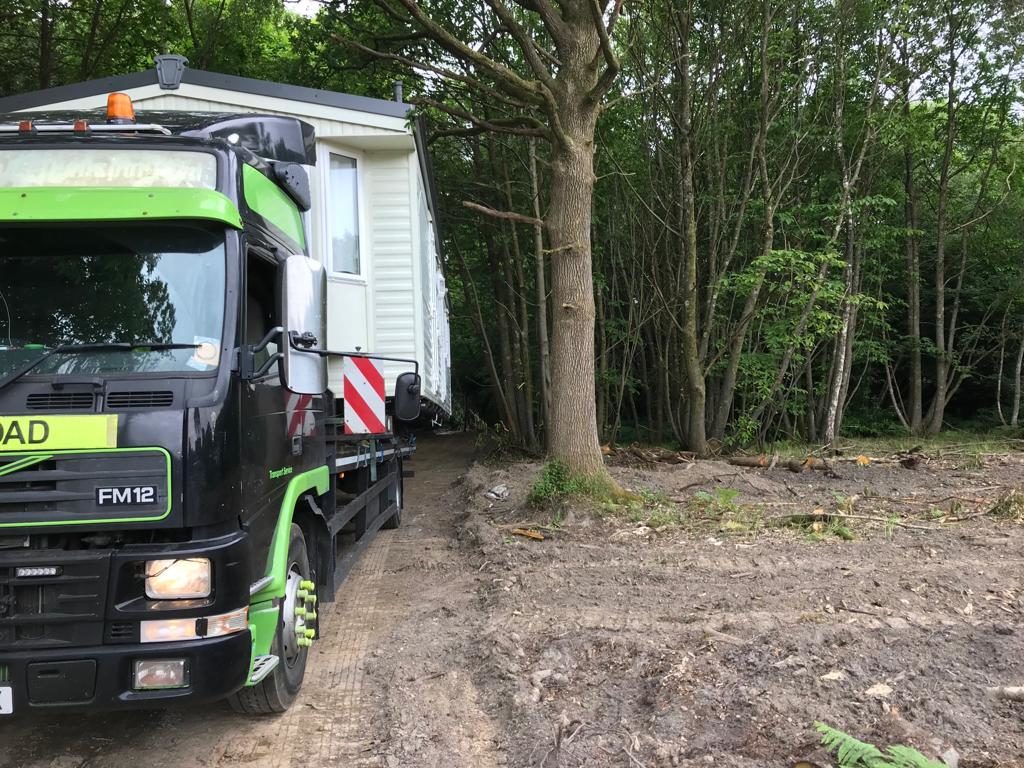 Taking the risk out of seasonal siting

There are several ways to take the risk out of getting your static into place as weather conditions worsen and winter approaches:

* Be aware not just of weather conditions, but also of ground conditions to your site and road conditions on access routes.

* Give us a call to arrange a site survey, so that any weather and ground conditions that could affect transport and siting of your static caravan can be identified – and addressed where possible. Check out our site survey article for more information.

* If you haven’t found your ideal static yet, stay in regular contact with us. Much of our stock is sold straight from our sales yard before we have the chance to list it on our website, so if you want to move things along, stay in touch.

Want to get things done quickly but don't have time to come to our sales yard to view? Don't worry, we can send you image galleries and walk-around videos of all our stock that suits your criteria. Just click or call and tell us what you're looking for!