Power on purpose: explore the benefits of an all-electric static caravan

So, you’re looking at static caravans for sale offsite, ready to place on your own land? The plot looks promising, the budget has been set, you’ve got a mental checklist of what you want and you’re ready to start looking.

And something unexpected happens. Whatever your budget, sooner or later you’re going to run into the choice from a static caravan which is all all-electric or a model which offer both gas and electric fixtures and appliances. Of course, both types of static caravan come with benefits but, for this post, Byron’s keen to share the benefits of an all-electric caravan.

Once the static is in place, it can be easy to hook up to mains electric, either temporarily with a hook up or with long-term wiring in.

#2 Swap to solar for off-grid and green energy

Choosing an all-electric static caravan can be a real benefit if you’re looking for accommodation such as a field shelter which is going to be completely off-grid. An electric only model makes a great starting point to reconfigure to generate solar energy (photo-voltaic power).

A quick Google will show any amount of expert advice on how this is possible and how much cleaner, greener and cheaper this source of power could be for your static caravan, particularly if your plot is in a sunny location. Even if it’s not so much, and you know you’re going to need power through those dismal, dark days of winter, solar panel system technology has moved on so quickly that the latest panels are capable to gaining power even on overcast days, all year round.

Unlike fitted gas fires, which should only be removed or replaced by qualified gas engineers, a plugged-in electric fire in the feature fireplace can be much more easily replaced. Likewise, an electric cooker may also be easier to change over*. Often it’s a case of unplugging the old one and plugging in a new model. This can be great if you want to make changes to the static caravan inside to add your own personality to the interior, or just to upgrade the appliances to something more modern.

Oh, and static caravans which are electric-only also seem to have plenty of plugs, which may save you the cost of having more put in. This can be ideal if you’re using the static caravan as a garden office, for example, as there will be plenty of sockets for plug-in essentials such as Wi-Fi booster, computers, printers and mobile device charging.

Wherever you site your static caravan, you’re going to want to insure it. Although location can be the main influence on the cost, having an all-electric model can be a premium-saving option, due to the reduced risk from not having gas bottles stored adjacent to the static.

Heating options always feature on our customers’ checklists. However, although the instinct is to think that without gas central heating, a model doesn’t have proper heating, this couldn’t be further from the truth. All electric models often come with built in heating such as warm air heating powered by electricity.

With electric only models, there are also some great options for additional heating such as under-floor heating, slimline electric panels – ideal for the narrow spaces of a static and taking up far less space than a traditional radiator in a gas-fired system.

Lovely extras such as heated towel rail panels can also be added, as well as free-standing oil filled radiators or the latest ceramic fan heaters, all of which can be run quite economically in comparison to buying gas bottles, especially if you plan to be living in a caravan in winter. 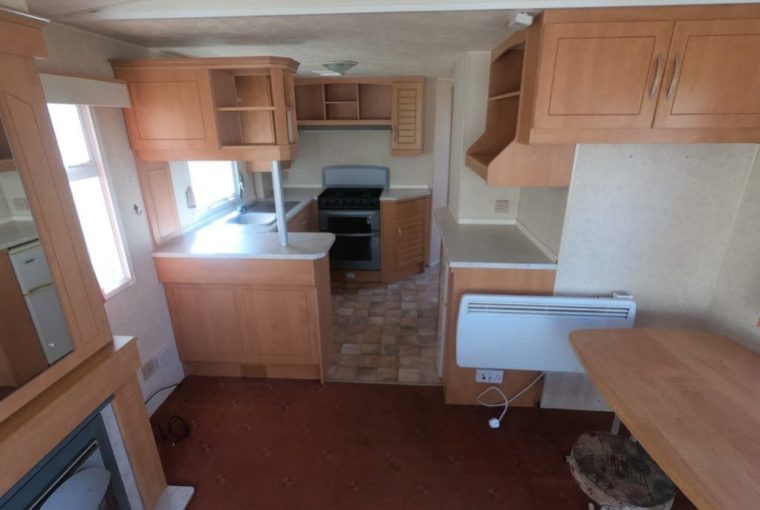 * When in doubt, put safety first and always use a suitably qualified professional for any of the services and systems for your static caravan.

Previous Could a static caravan with freestanding furniture be just what you need?

Next Planning on living in a static caravan in the winter? Get ready now.